Decriminalising sex work is necessary but not enough 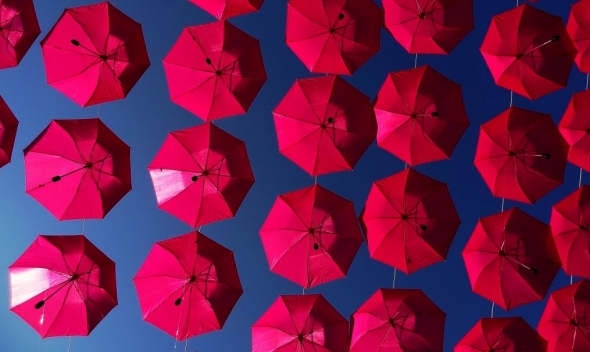 “The demand to decriminalise sex work is a necessary step but it doesn’t go far enough.”

With its decision to issue a recommendation to governments on how to safeguard sex workers’ human rights, Amnesty International has caused outrage, because it includes the demand to decriminalise sex work. What this means is to abolish laws and regulations that either directly subject sex workers to prosecutions, arrests and fines, or criminalise the organisation, support and intermediation of sex work. [According to Amnesty’s draft policy on sex work,] third parties participating in transactional sex should only be penalised, if they exert force and pressure on or violence against sex workers. Clients, too, should not be penalised simply for being clients.

“Germany is not the role model for decriminalisation”

Among opponents of prostitution, this suggestion has caused outrage. They are of the opinion that it would promote pimps, human traffickers and other exploiters of prostitutes and enable them to avoid prosecution, while the poor prostitutes would be exposed to them all the more helpless. People like to refer to the German situation to decry what decriminalisation would lead to. However, there are several things to note. Germany is not the role model for decriminalisation that Amnesty has in mind. Prostitution in Germany is largely, but not completely decriminalised. The main relic of the old criminalising and regulatory regime are off limit ordinances, which allow cities and municipalities to prohibit prostitution in certain areas “for the protection of youth and public decency”. They use them plenty, and in a discriminatory manner, too. A new off limit zone in the city of Dortmund was recently justified with the argument that street prostitution had become too attractive for [female] sex workers from Romania and Bulgaria, and that the city no longer wanted to provide such a magnet for Eastern European migrants.

It is necessary to distinguish between decriminalisation and legalisation. Decriminalisation signifies the abolition of criminal laws and ordinances that [exclusively] deal with sex work in a discriminatory manner. Legalisation would be the implementation of certain legal regulations of sex work. Sex worker organisations around the world demand decriminalisation as a necessary first step. Amnesty remained consciously noncommittal with regards to a concrete model of legalisation but established minimum standards that such a model should fulfil. Once again, Germany is hardly a role model in that regard. The plans for the new “Prostitutes Protection Law” [#ProstSchG] include mandatory registrations for prostitutes, which are not only problematic in terms of data protection, but in addition, they are discriminating against sex workers, for whom the measure has no benefits. In addition, the access to social security and labour rights, which Amnesty both calls for, is also not always guaranteed in Germany, especially not for migrants. And the fight against stigmatisation, which Amnesty demands from governments, is also not really fought with dedication in Germany.

“Decriminalisation must include third parties”

That the decriminalisation must include third parties to protect the human rights of sex workers is obvious: in France, for example, even lessors of apartments, where people engage in sex work, are liable to prosecution. If sex workers would report such a lessor, for example for an unacceptably high rent, they would effectively find themselves working on the street. Only in a decriminalised setting would they be able to insist on fair conditions.

Amnesty does not just talk about the decriminalisation of sex work but about various other measures governments should take to contribute towards providing people, who only choose sex work due to a lack of alternatives, with more opportunities. Those include socio-political and anti-discriminatory measures. Amnesty acknowledges that poverty, a lack of education, discrimination, and restrictive migration policies are jointly responsible for people working as sex workers who would prefer not to. It would be nice if opponents of prostitution would also come to this realisation: instead of constantly pushing the narratives of pimp networks and organised crime, they could say a thing or two about the economic conditions that push people into prostitution – just as they push people into other precarious labour conditions. The entirely undifferentiated reaction to Amnesty’s resolution once more unmasked the position of [prostitution] abolitionists.

*Theodora Becker is a PhD candidate at the Free University Berlin and an activist with Hydra e.V., a meeting and counselling centre for sex workers. The German original of this article was first published at leftist weekly Jungle World. Translation by Matthias Lehmann, Research Project Germany. As in the translation, Theodora Becker used the terms “prostitute” and “sex worker” interchangeably in her original text.